Here is the opening passage from the story that was chosen for the Best American Short Stories 2010.  Enjoy!

The Netherlands Lives with Water

A long time ago a man had a dog that went down to the shoreline every day and howled. When she returned the man would look at her blankly. Eventually the dog got exasperated. “Hey,” the dog said. “There’s a shitstorm of biblical proportions headed your way.” “Please. I’m busy,” the man said. “Hey,” the dog said the next day, and told him the same thing. This went on for a week.  Finally the man said, “If you say that once more I’m going to take you out to sea and dump you overboard.” The next morning the dog went down to the shoreline again, and the man followed. “Hey,” the dog said, after a minute. “Yeah?” the man said. “Oh, I think you know,” she told him.

“And very precocious,” she reminds me. Henk makes an overly jovial face and holds two thumbs up. His mother takes her napkin and wipes some egg

We met in the same pre-university track. I was a year older but hadn’t passed Dutch, so I took it again with her.

“You failed Dutch?” she whispered from her seat behind me. She’d seen me gaping at her when I came in. The teacher had already announced that’s what those of us who were older were doing there. 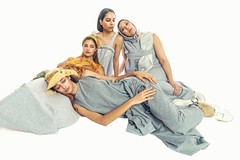 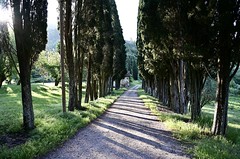