A wonderful review on Jim’s new collection.  Here’s the review in full:

There are slews of historical novels — hefty tomes, usually with gargantuan casts — that show off writers’ mastery of various periods. But historical short stories? Far fewer writers go there. It simply takes too long to build the past world with all of its furniture and facts. Short stories are far more likely to be snappily contemporary than to explore Cromwell’s England or the Russian Revolution.

One noteworthy exception is Jim Shepard, an outrageously versatile and gifted fiction writer who is deeply at home in a research library. His past short-story collections have included characters as diverse as Aeschylus, a 15th-century French serial killer and a Russian female astronaut in 1963. With his fifth collection, “The World to Come,” he continues his original, precise exploration of times and places long ago and far, far away. Only two of the 10 stories here concern modern folks with recognizable American dissatisfactions. Shepard’s characters are too threatened for malaise — in fact, most of them are just trying to outrun death.

Death isn’t a distant threat, either. It’s a tsunami roaring from behind, or a British submarine during World War II surrounded by German vessels, or a train full of crude oil about to explode. It’s an Australian storm “formed by monstrous whirlpools of air over three hundred miles across that came scything down out of the Coral Sea into the rainforests of northeastern Australia with such ferocity that the governmental and amateur meteorologists investigating afterward reported their findings in expressions of awe and horror usually reserved for the most extravagant fictions.”

“HMS Terror” chronicles the 1845 Franklin Expedition, a legendarily grim three-year journey to the North Pole during which the crew freeze, lose all of their teeth and, despite resorting to cannibalism, starve to death. Like many of Shepard’s stories, it is constructed as one man’s diary. Shepard deftly arrives at a diction that’s convincingly that of a 19th-century sailor; the voice is simple, declarative. As he proved in his masterful last novel, “The Book of Aron,” which followed one Jewish boy in the Warsaw Ghetto, Shepard can be quietly elegiac as he attempts to imagine the unimaginable. There’s no room for sentimentality in a world so relentlessly “stunning and heartless.”

That sailor — and the ones in “Telemachus,” about Navy men trapped in a submarine — yearns for a girl back home. But other than love and the longing for love, Shepard suggests that work is what most shapes us. “The Ocean of Air” is about the Montgolfier brothers of France and their 1783 attempt to patent a hot air balloon. “Trade itself,” the inventor declares, “is nothing more than a galaxy of the imagination.” So when Shepard offers us something that might feel dated — say, a mid-19th-century cure for the flu (“an enema of molasses, warm water, and lard, with a drop of turpentine next to his nose”) — he presents it not as an endearing, antiquated curiosity, but as an enterprising use of all best current wisdom. There’s no condescension; people in the past, he suggests, are not so different from us in their desires, fears and willingness to take risks.

In “Cretan Love Song,” he asks his readers to “Imagine you’re part of the Minoan civilization, just hanging out with your effete painted face down by the water’s edge on the north shore of Crete, circa 1600 BC,” before an epic tsunami. Not too much of a stretch, especially given climate change threats. In that story, Shepard obliterates an entire civilization in 2½ pages. He uses the short story form to explore the nature of time itself — how moments of pain or anxiety can feel eternal, a kind of frozen present.

The title story, “The World to Come,” is a breathtaking account of two farmers’ wives in New York, in 1856, astonished to find themselves deeply in love. In between the hard labor of a farm and the claustrophobia of their isolation, they steal delight in each other’s company. “She asked that I speak,” the narrator writes in her diary. “I almost cried out that how should I have known what was happening to me? There were no instruction booklets of which I was aware. I told her I could feel something rising in me as she approached, like hair on the back of a dog. I told her the thought of her through the week was my shelter, the way the chickadees took to the depths of the evergreens to keep the snow and ice and wind a bay.”

Things don’t end well for the women. These stories are full of roiling grief, yet they’re never merely grim. As one sailor muses, about the Antarctic landscape, “By day the icebergs refract a vividness of color beyond the power of art or words to represent.” Shepard’s project is always to push toward that sense of wonder and the “high hopefulness” of purpose that ordinary people have always brought to the project of living — to give us through fiction a sense of profound empathy that the historical record alone cannot. He most stunningly succeeds. 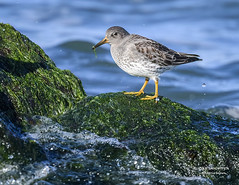 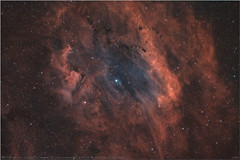 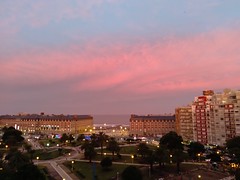 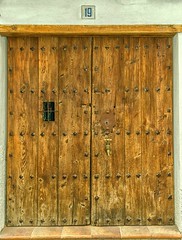 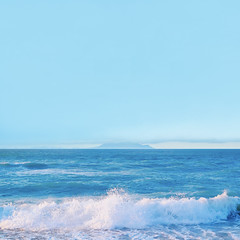